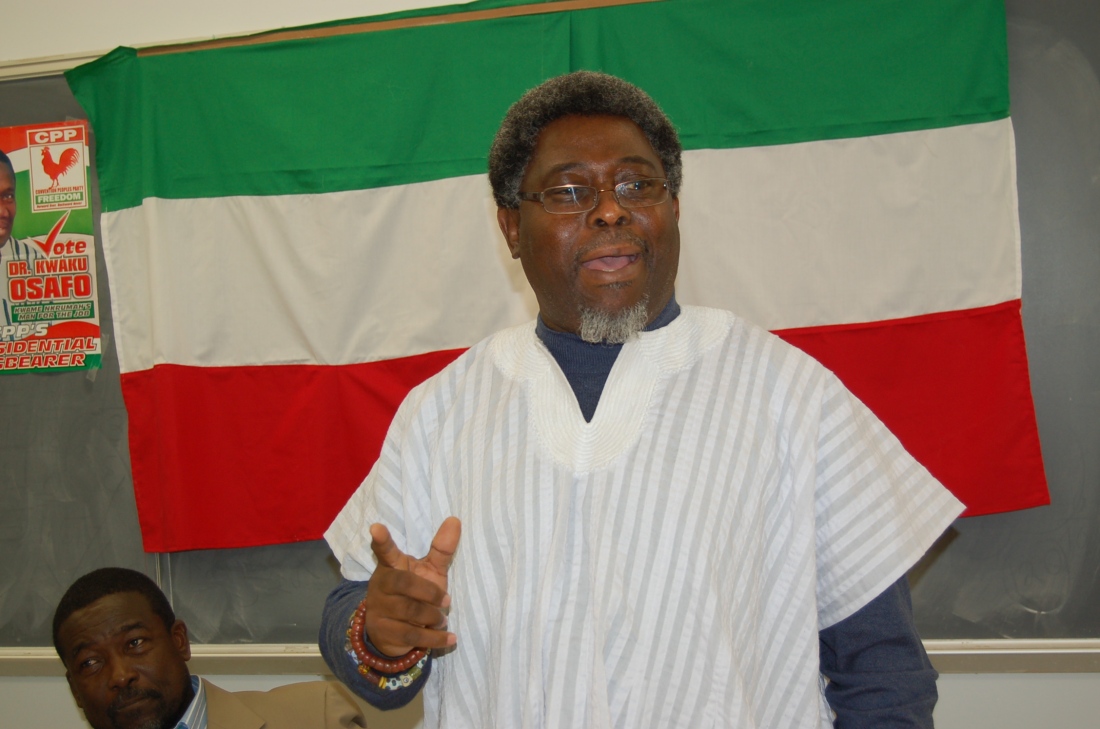 More from this columnist

I have not heard anyone say that it was only just yesterday that Ghana gained independence; for a large number of us whop witnessed the event it has been painfully been a long time. But it has been worth it, we are maturing if not as yet matured.

We have made our mistakes, but as all adults do, we can reflect with the benefit of hindsight on what went wrong, and after objective reflection chart a new positive and brighter course. We are doing that now with our fledging, but new found democracy.

The test of success for any nation is good governance. Good governance is what brings nations prosperity. Our leaders can have all their good ideas and intentions but if these are not firmly rooted in good institutions, systems and governance, they will remain but visionaries who could not lead us into the state of prosperity that has been eluding us.

Despite our groping in the dark, our tottering steps after independence, and our mistakes, the spirit of independence still lives on. We are in full control of our destinies and we must be bold enough to accept the challenges that lie ahead of us. Blaming the external world environment does not help. Good examples abound of governments that have achieved economic prosperity through fair and equitable systems that denote good governance.

There are skeptics and cynics, who because of the problems in Africa, have suggested that independence should have been delayed. The fact of the matter is that the delay would have created more problems. We would have been far less developed than we are now if the British had continued to exploit our resources and provided very little for us. We would still have had to be independent someday at some stage. We would still have had to build our own infrastructure and have had to work our own parliament. It makes more sense for us to have chosen our own date earlier rather than to have left the decision to them when it suited them most.

The British staying on much longer would not have curbed the abuses of power and blatant stealing of government resources that has gone on in Ghana and would no doubt continue to go on. These abuses exist everywhere in the world. The difference with matured democracies is the willingness to deal with the abuses and excesses when they are discovered at the time it happens not to wait for another government to come along to deal with those issues. Indeed most governments are too busy getting on with their own agendas at fostering development to bother about what wrongs previous governments have made. This is because they are secure in the knowledge that the electorate, who hold the ultimate power, will never vote that lot in again.

When people try and justify colonialisation on the basis that it brought order to African that was then under warring tribes, it is a bit like suggesting that slavery was also good for those who were taken to foreign countries, after wars to give them the protection of the good masters. The very words, colonies, protectorates, provinces sound very patronising and undignified.

Independence is about people striking out of their own to develop their own lives and look to a brighter future that they choose themselves and there are no controlled experiments at trying to supervise a country through independence.

What does independence mean for me, a firm believer in democracy, with republican leanings. I am happy that just like 45 years ago when Osagyefo Dr Kwame Nkrumah fought for and won us our independence, Kufour’s government in power has been voted for by the people in Ghana and reflects the aspirations of the majority of Ghanaians.

New developments in Ghana suggest that the people are keen to allow democracy to take root. They are also determined that the ballot box will be the only way that governments will be changed. The lawmakers are taking their responsibilities seriously and providing the scrutiny required to curb the powers of the executive. The judiciary will also come to learn that their independence is crucial in maintaining the balance of power between the elected officials.

So independence has been a good thing for Ghana.

At 45 we are maturing and look forward to more glorious years.

Ade Sawyerr is a partner in Equinox Consulting, a management consultancy in London. He serves on the Council of the London Civic Forum representing the Black Londoners Forum. His special interest is in Votes. He is a former chairman of Ghana Union London.