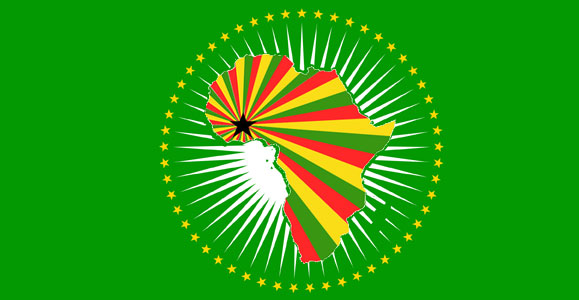 Ade Sawyerr looks to the future for African and Caribbean in Britain.

African and Caribbean people may have followed different routes of migration to Britain and may have different cultural practices but, to all intents and purposes, they are seen by the authorities in this country as one people.

The first generation immigrants tended to form their own community organisations, support and self help groups that advocated and facilitated their settling and integration into the main communities.

These welfare organisations, formed because of the need to survive in an alien environment, provided an identity that still held on to their old way of life in the countries of origin.

The organisations helped supplement what the statutory sector offered in the area of social support – so health groups, housing organisations, supplementary educational agencies, employment and enterprise based as well as arts and leisure based community organisations were set up to cater for the culturally sensitive needs of those earlier immigrants.

The perception that African and Caribbean people underachieve in education and are therefore on the lower rung of the economic ladder, employed at lower levels and on welfare and benefits and parasites on the state gained credence as party leader after party leader blamed immigrations for the economic ills of this country.  Disadvantage, discrimination bad housing, bad education in inner city schools and the inequality in the health and job systems faced by ‘the immigrants’ was never actually dealt with.

However the outlook for black people seems brighter as they begin to excel in different skills areas.  Equal opportunities in the public sector has helped black people to develop careers that were closed to them several years ago; now black people have risen to senior management levels in local authorities, there have been chief officers and there have also been a few chief executives in statutory sector organisations.

Gradually black people are excelling in traditional areas, in law and medicine as they have done in teaching and other areas. Progression has also taken place in the voluntary and community sector, but is yet to gain root in the private sector, certainly not as fast as has happened in the United States of America.

In this regard whilst many have advocated some form of quota system and other mechanisms such as contract compliance to force the issues of a representative work force, even the voluntary targets set by some public sector organisations such as the Home Office had to be abandoned for lack of effective monitoring of the results.

More and more private sector organisations are recognising the benefits of a diverse workforce and in the next 20 years there should be more improvements in the fortunes of black people in the private sector.

But though African and Caribbean people in Britain have come a long way despite years of disadvantage and discrimination and have managed to achieve a measure of success in several fields including politics where there is now a slowly growing number of members in parliament and more peers in the house of lords, the campaign for racial equality needs to be strengthened lest the few gains are lost.

The talk about curbing immigration, the attacks on multiculturalism and the threat of cuts facing most black voluntary and community organisations signal a situation that may further disadvantage black people.  It is as if the system considers that black people have come far enough and now must simply ‘fully integrate’ into the mainstream to end disadvantage.

Many have suggested that maybe we need many more successful businesses that will become a symbol of our success and role models for people to follow.  There is however no suggestion under this scenario that instead of spending their money in conspicuous consumption on materialistic things the money should rather be ‘invested’ in community assets and philanthropic gestures that would help uplift the community

Perhaps what we need here is an effective activist think tank that have horizontal and vertical relationships with all other black organisations, that would play a coordinating role of sorts but that would also come out with research that would influence government policy initiatives but will at the same time be authoritative enough to respond to and comment on government policy.

Fortunately, there are models of what have been achieved in America through having one strategic organisation – the National Association for the Advancement of Colored People, (NAACP) that has a relationship with all other black organisations whether they are in education, in the arts, enterprise and business, employment and housing, that all helps to push for advancement.

However, whilst organisations such as these may help to articulate our issues, we also need to re-examine our priorities.  We also need to change the perception of our communities and reject the negative stereotypes levelled at us in this country.  By taking control of our destinies, we need to properly define our objectives and determine what we consider to be success within our communities.

As we look to the future we need to recognise what other organisations such as OBV have done to redress the representation rate of black people not only in politics but in the criminal justice system; we need to recognise and celebrate the positive action programmes that they have implemented that have facilitated entry into varied positions as councillors and magistrates.

Many more of such programmes and mentoring schemes may be needed in education, employment and enterprise to increase the numbers and improve the positions. But we certainly need more campaigning to a refocus of our priorities, we need our community organisations and we need them to focus on creating an air of cohesiveness rather than the fragmentation that we have now.  The old adage of united we stand strong, divided we fail and fall is relevant.

Ade Sawyerr is partner in the diversity and equality focussed consultancy, Equinox Consulting

First published in OBV Magazine at