We are not Jews or descended from Jews.  We are Ga!!!  by Ade Sawyerr

Far too many times have I heard the myth repeated that the Ga are descended from Israel and in fact Jews.  I have always restrained myself from responding lest I trample on the sensibilities of those who want to believe in myths.

Let me state here emphatically that all the folklore of our people may have pointed to the fact that we migrated from afar but no one has been able to provide the evidence of this unfortunate myth.  I do not even know why it started, perhaps in the mind of some of our elders who felt so culturally inferior that they seek to boost their esteem by likening themselves to people who they felt were culturally successful and superior.  I sincerely think as we search for answers for our problems we need to be proud of our heritage, more importantly we need that positive make that will shake us out of our self perceived marginalisation so that we can help to build a better Ghana and Africa.

We cannot be Jews and we also cannot be descended from Israel and the earlier we wake up to that the better.

Let me categorical about this.  The Ga were there at the time of Creation even if we migrated from afar.  We are not lost and therefore we cannot be part of a lost tribe of Israel.  The State of Israel came for the Falashas from Ethiopia some decades ago and I do not know what really happened to them thereafter, but I am more than certain that if they felt that Ga people were from Israel they would have made attempts to come for us given all the numerous complaints about our being marginalised and what would have happened would have been our becoming the hewers of wood for them. 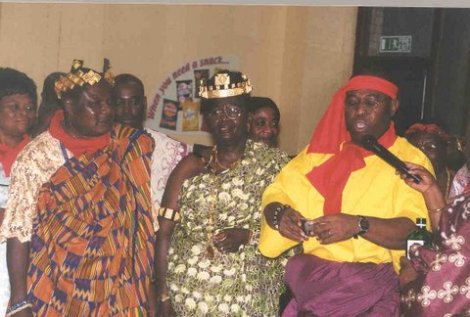 There is an interesting book – HEBREWISM OF WEST AFRICA by Joseph J Williams. It was written in 1930 and it discusses the ASHANTI without any mention of the Ga as a possible Jewish tribe.  It is still in print and those who want to perpetrate this myth should go and read it.

I have read here and elsewhere about the tribes of Gad and Dan; who became Gadangme.  I know where that came from and would not comment here on it save to say that I know that it was manufactured and contrived much in the same way as the concept of Akan has been contrived. In any case I have been told that the Jews were those from the tribe of Judah and all the other tribes cannot be Jews though they were Israeli

The Ga have a rich language full of beautiful and elegant figures of speeches, alliteration double onomatopoeic, similes, proverbs that are nowhere near whatever the Jews speak.  Linguistically we cannot be Jews or Israeli.

Some have cited the great book ‘Omanye Aba’ on outdooring by AA Amartey.  He did not say we were descended from Jews he made certain postulations that I wish to deal with.

1. Outdooring and naming of children on the 8th Day.  Exodus. 12:19. The Ga are not the only tribe in the world who name their children.  I will be very surprised that if we were there at the time of creation we will have to go and learn how to name our children from another tribe.

2. Naming of the children by the paternal side.  Indeed even for tribes that are matrilineal, the children are named by the father.

3 Pre-ordained family names.  In many societies there are set names that are used within the families.  My great-grandfather on my paternal side was Jacob Williamson, my father was Jacob, and I was named Jacob Williamson.  On my maternal side, I have many who are named William Jacob.  I am not a Jew neither do I come from Israel.

4.  The role of Chief priests and similarities with our wulomei.  Yes we are a spiritual people but our religion is not the Judaism.

5. Celebration of Homowo on the second Saturday in the month of August as in Exodus 12:18 –

6. Our New Year greeting! Arcane issue about why Kpokpoi is not eaten after the day of the Homowo or else the eight day will not meet with them.  Kpoikpoi actually tastes better if it is fried the next day.  Is our Kpoikpoi the unleavened bread for the Passover?

7.  The mud over the lintel of homes at Homowo denotes a Passover event.  – My understanding is that in most cultures, there are festivals and there are preparations for the festival days.  We must have in the past, when we lived in mud houses renewed our homes with mud and it is most likely that some would have spilled onto the lintel

The Ga may be a theocracy and not worship many gods but only the one Everlasting God, but all tribes of the world have their religion, most are similar because after all we cannot have a total plurality of religions systems. My other contention is that if those who came to colonise us had realised that we were indeed Jews, they would have left us on our own.

Culturally, we are nowhere near being Jews, linguistically we are nowhere Jews, our ethnicity is quite different and scientifically it has been proved that the first humans were found in Africa.  How can we have migrated the other way?

Let me translate from a Kpele song that Armar Amartey quotes in Omanye aba.

We came from afar

We come from the sea

The forest belongs to us

We came from somewhere

We went and sojourned in another place

We are in Ga

We came from Ga

We came and met the Ga

If we were around at the time of creation and were made by the God that we believe in, why do we have to be Jews to justify our existence?

In this coming year let us work to project our language and our culture, let us be better at researching our history even if we accept some folklore, but let us cut out the myth.

We are not Jews, we were there at the time of creation.  We are Ga!!!